Why is it so difficult to break the cycle of domestic violence?  It is so difficult because breaking the cycle means doing self-care, and it is hard to keep caring when the System that is supposed to protect us, actually abuses us.  The situation seems futile, and the survivor-victim feels so hopeless that they stop caring.

It is time to share my story publicly.  I have tried to speak directly to my ex-husband; I have prayed for him, asked others to pray, talked to law enforcement officers, attorneys, judges… all to no avail.  The Bible says to first take it to the individual, then bring a friend, then share it with the community.  So, it is time to let the light shine.

As the “protective parent”, it is my responsibility to ensure that my children are safe.

For 25 years, my family has been caught up in this cycle of systemic domestic abuse.

“Our children are watching.”

My oldest son, youngest son, and I came to Tucson in February of 2011.  The idea was to teach my oldest son how to live on his own — because he no longer wanted to live with us (as demonstrated by his continued running away).  However, to be excommunicated was not his choice… it was the choice of the “home church” (which my ex-husband, under oath in the Court of Law, denied exists — technically, “home church” is not a “legal entity”, therefore the name could be truthfully denied).

Our oldest son had resumed his pattern of running away (which had started in California when he and his brother were young, and their dad and I argued and fought constantly; law enforcement responded to two of our residences over the years, which is why I think my ex had us move to the middle of the Cibola National Forest, to build a fortress to withstand the eventual attack of the government… but that is another story).

Truth be told, my oldest son was running away for many reasons (including the constant fighting), and part of it was due to the inability of my ex to recognize him and to love him.  It got worse when another member of the home church bought his sons Buck knives to recognize their accomplishment of doing an overnight camping trip (which our sons had done countless times, and never been “recognized” in any form…)

My ex convinced me that we needed to build a Compound in the Middle of the Forst to be safe from the impending end of the world.  My practical self told me we needed some income and somewhere to live while this project got going, so I found on a teaching job where we lived in a teacherage on the Zuni Indian Resevation (where more abuse continued, and a neighbor tried to intervene, was intimidated by my ex, tried to call law enforcement and was told they could not help because we were not Tribal (said the Tribal Police), and because we were on Tribal land (said the Feds).)

My ex convinced me that we should leave the school, and we did.  The abuse continued in the middle of the Cibola National Forest.  He tied our rez dog to a telephone pole and kicked and beat him when he was disobedient.  He shot at our oldest son’s dog, and chased him away from our home.  (When my oldest son said many years later that he couldn’t wait to get his first dog, I reminded him he had a dog in New Mexico… he had forgotten that he had a dog… a result of trauma.)

My ex kicked and beat our pregnant goat.  He beat our children when they were disobedient.  He told me I had to do it, because they needed to be disciplined, and if I did not, he might beat them too hard.  And so, I became an accomplice.  All of this was explained to the Judges as “excessive discipline.”

Do I worry in writing this that I can be arrested, tried, put in jail for these atrocities and crimes of the past?  Yes.  Yes, I do.  However, I think that I have learned enough about the system, and enough about humans, that I think — I pray, and I hope– that others will speak up about who they know me, and my sons, and even their dad, to be.

So here I am, speaking up.

There was a great deal of fear due to the lack of transparency, and misrepresentation of agencies and policies… I think this fear was on the part of myself  and my ex.

Like I said, I believe we were doing the best that we can.  I am actually reminded of the story of Moses and Pharaoh.  I’m not going to look it up now, but a friend told me it is in the Book of Exodus.  Pharoah is described, several times in the retelling, as someone who was going to let Moses go… and each time GOD hardened Pharaoh’s heart.  The way the story goes, it is to demonstrate the power of God… which is another story…

The Department of Child Safety

But back to my story:  DCS (aka CPS) has been also misrepresented.  (That being said, there are workers who might be better suited in other jobs (as with any profession)…) In my case, my ex told me that if we were “found out”, DCS would take our kids and we would never see them again.  I found that to be untrue, when one of my co-workers at my new job in Tucson, told me her kids had been taken away and placed with her mother temporarily, while she made some “corrections”.

The times that DCS was called on me and I was investigated, the cases were closed as unsubstantiated, and I was able to receive some needed services.  In 2011, DCS helped me get childcare for my son, so I could work.  We had it until he entered Kindergarten (one of the reasons I am an advocate for full-day kindergarten… which should not be entirely academic based, but that is another story; I will just say for now that schools should be student-centered, not teacher-centered … which many classrooms are, (1) due to lack of support for some teachers, and (2) due to some teachers being in the wrong profession (*Another side note: there is no shame in that; and it does not mean a person who wants to be a teacher cannot be a teacher… again, another story).

With the latest allegation of neglect, I accepted the offer for in-home therapy services for myself and my son… so my case (which had been closed as unsubstantiated) was left open so my son and I could receive the services.  I can hear some folks saying:  “Well, then you were guilty of something!”  Yes.  I was guilty of not taking steps to heal from my trauma, of not taking care of myself so I could help my son through his trauma.

You might be wondering why DCS was called on me.  The first time was in 2011.  I moved to town and the vultures struck.  The first was the apartment “security” guy named Doug.  As someone emerging from a domestic violence relationship, I forged intentional relationships with people who I thought were safe.

Freedom! and Bad Choices (Vulnerability  and Vultures aka Predators)

Doug was an interesting person.  Grew up as a foster kid, a recipient of the Boys and Girls award, all around great success story.  Doug was also into crack cocaine, which I did not realize until later.

He made himself available, and we started to hang out.  He had a friend who was trying to escape a domestic violence situation.  She is who I first heard of Emerge! from.

Doug was the guy who wrote a notarized letter to the Courts saying that I had sex with him in front of my kids.  In Court, the letter was introduced as evidence and the Judge asked if I would allow it to be admitted.  I allowed it  thinking that it was evidence of how my ex was so manipulative and lying, and a crazy stalker (my ex had been arrested for violating the Order of Protection that I had against him — on several counts, including driving our son to my apartment complex to confront me.  Our son got into a physical altercation with a friend of mine, and he was arrested… this, solidifying the Drama Triangle of Victim-Perpetrator-Rescuer, of which I was the Perpetrator, my ex was the Rescuer, and our son was the Perpetrator.)  My ex was charged with DV, and  he completed Diversion.

Doug was the reason for an Order which read “Mother shall have no men in her bedroom.”

The Beginning of Clarity

I reconnected with some friends from my hometown, and they tried to tell me that the experience of my family was not normal, and that it was abusive.  A friend who had visited the home church in New Mexico had conversations with me about how the home church was not healthy.  (I had been kicked out of the church, and then brought back with directions to transition my oldest son out of the church… then, I could return, and all would be forgiven.)

Thank God I was able to recognize the craziness I was in.  However, I had been in so much craziness for so long, that it had created deep ruts in my brain synapses, and I was unable to get out of the ruts.

I recently recognized and accepted that I have PTSD (aka PTSS).  I have had blackouts in memory where I do not remember incidences where I have been told that I have been verbally abusive with others.

It has been a scary place to be.

25 years later, I am healthier.  I have been able to verbalize to the Courts that I am a survivor.

So… what’s the problem?  Systemic abuse.

I have been belittled, mocked, and demeaned in the Court room.  In spite of overwhelming evidence, the Courts continue to not believe me and the evidence.  The Courts make Orders that are not in the best interests of my family.  Some law enforcement officers have tried to intimidate and bully me.

I get it.  Believe me… I get it.  I have been exhausted.  I have wanted to quit.  I have told friends… even the Judge… if I am killed or die suddenly, please investigate.  I have reached out to State Legislators, Law Enforcement, Courts, Coalitions, Attorneys, Advocates… and here I am… still in this system, unsure if the Judge will make good on his threat to take my son from me and put him into foster care.

I homeschooled my son (I am a certified teacher), and I was told the Judge did not look favorably on homeschooling.  So I researched charter schools, and communicated with my ex through the whole process.  My ex refused to look into any of the schools.  He refuses to believe that our son was bullied.  They refuse to listen when I tell them that our son has said he will go back to the school… to beat up the bullies.

To Care Or Not To Care

Guess what?  I do care.  I will continue to do the work — in spite of being beat down repeatedly, demeaned, mocked, belittled, and exhausted — for what is in my son’s best interests.

Signing off for now. 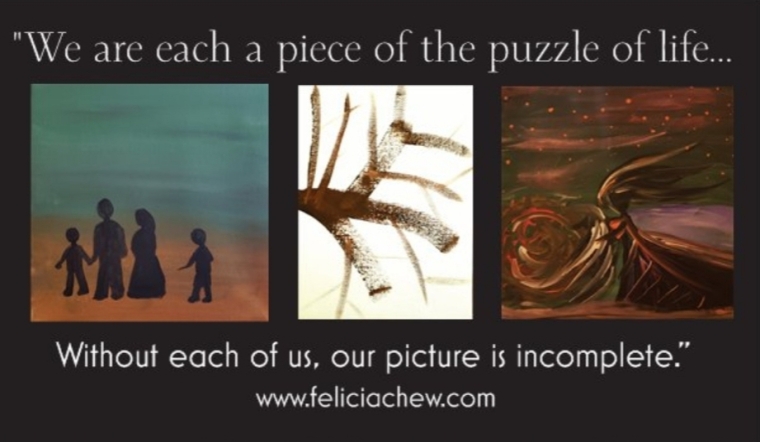